One of our Stage-hands, has another ‘hobby’, besides carrying around Laser equipment 😛
He’s also an upcomming Moombahton/House/Frap/Bubbling DJ, who goes by the Artist name Ravish and of course Lasers4u.nl supports him, in his quest for ‘Eternal Fame’.

Ravish did a few spins and got into the finals.
Now, there are only a few more things we can do to help him towards a live-set, on the Summerbreak party June 19th.
The public Jury …which is YOU of course, can cast their votes for our all time favorite DJ Ravish.

Listen to his mix on Soundcloud: 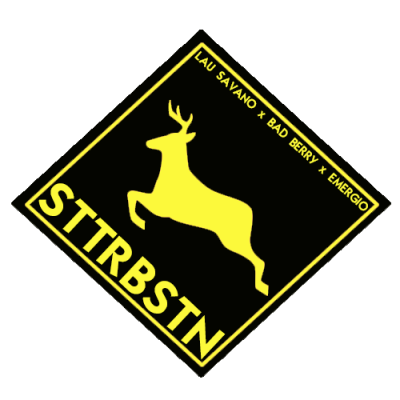 STTRBSTN is an upcoming Dutch dj-act, founded in 2014. STTRBSTN is one of the most energetic freestyle acts of this moment. Even your goldfish twerks when STTRBSTN is takin’ over!

Lau Savano and Bad Berry are the wizards behind the wheels of steel, while Emergio uses his crazy vocals to feed the bouncing animals on the dancefloor.

A performance of STTRBSTN is like a Happy Meal from McDonalds: it’s always a surprise. You can expect a combination of their own tracks with crazy club bangers. From Freestyle and Hardstyle to EDM and Trap.

In their first year, STTRBSTN came harder than Miley Cyrus’ wrecking ball. They reached the final of the Pepsi Dancetour DJ Clash (300 participants) in The Netherlands, after winning the semi-final with maximum points from legend Lucien Foort (judge of this contest), thanks to their self-produced remix. They performed at big festivals like Dream Village and even released a track on Noize Junky, the well-known Belgium label of Freestyle legend Mark With A K. They had also two YouTube-premieres on Tribal Trap, one of the biggest Trap-channels on YouTube.

2015, don’t wait longer. Because the bouncing animals are takin’ over!